The trip that almost wasn't.

Saturday morning we left to go to Lake Powell with Nate's family & my parents. We split up in 2 cars, with Nate, Brent (Nate's dad), Sadie & Carson in Tiffany's car. And then my parents, Mike (a close family friend), me, & Gracie in our van following behind. As we were driving through Spanish Fork Canyon, it started snowing, and it was sticking to the roads. The lane we were in started to lose it's tracks & so we moved over to the other lane. However, suddenly we watched as the other car (with Nate, Brent & kids) started to lose control & slide. They completely lost control & started sliding through the median, toward the oncoming lanes. It seemed like slow motion, and suddenly we saw a red semi-truck coming straight toward their car. I sat and screamed and honestly, lost it. The last thing I saw was the car straight sideways & the semi coming toward it. I thought the worst, & I reacted. Nate said inside of the car they watched the semi coming toward them and he told the kids to hold on, the semi was going to hit them. We had to keep driving before turning around so we didn't see the crash, but luckily they slid just enough for the semi to hit the car right in the front, which spun the car 360 degrees right onto the side of the road. A miracle to say the least.
I can't even describe the feeling of relief I felt when I saw Nate & Brent get out & grab the kids out of the back seat & bring them over to us. They were okay. They were okay! Nate's leg got bruised, Brent had some pain on his side (still not sure if he cracked some ribs or bruised them), and Sadie had a bump on her head from hitting the window. But alive, and okay. We said a prayer and thanked God for protecting our family.
They all got to ride in the ambulance down to the bottom of the canyon. We decided to go ahead to Lake Powell. Carson was pretty traumatized & we thought it would be good for all of us to spend time with the whole family & get our minds off of the accident.
Tiffany's car was totalled. She was so understanding & glad that everyone was okay. Now she gets a new car! 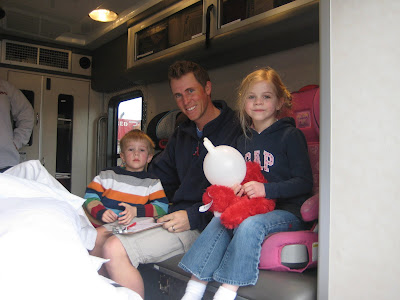 Nate & kids in the ambulance. The ambulance ladies were really sweet with the kids. Sadie didn't seem phased at all by the event (she internalizes alot) but Carson was really upset. They gave them both stuffed bears & tootsie rolls. 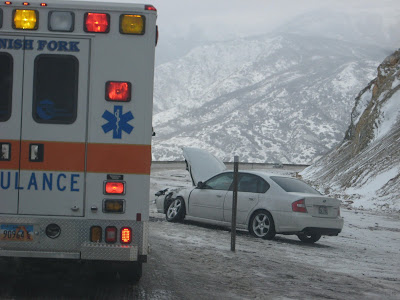 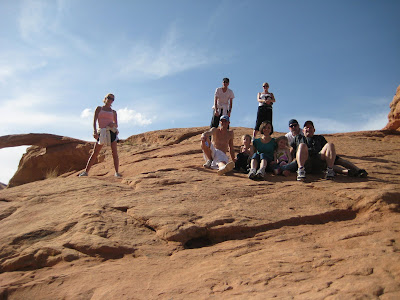 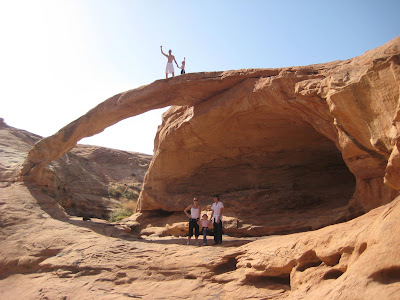 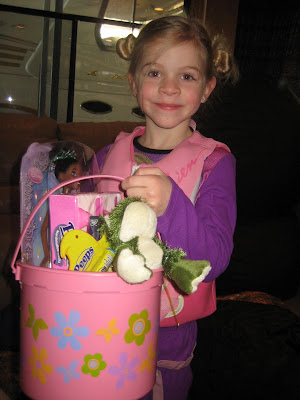 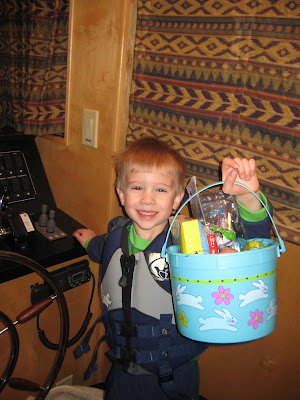 Sadie had her 6th birthday on Monday. We let her decorate her own cake, and the combination of cream cheese frosting & licorice was actually delish! 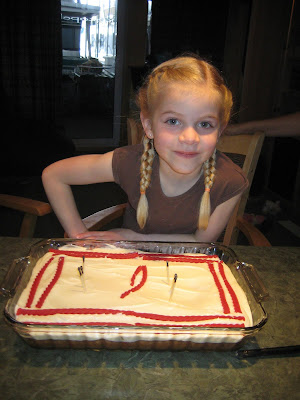 Gracie turned 1 on Tuesday. She had so much fun on the house boat, love that girl! 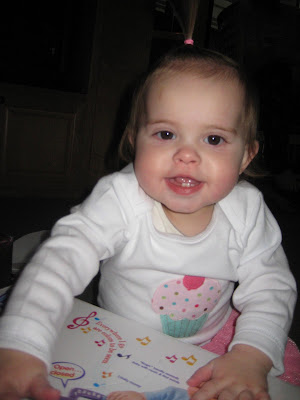 So we had a great time at Lake Powell, and made it home safely.
We have much to be thankful for: